Ethics is about how we think.

Morality is about how we act.

Max Tegmark is a Swedish-American Professor of Physics at MIT, “Massachusetts Institute of Technology” in the United States. He recently visited Sweden and was interviewed in social media. He is considered a super physicist in Sweden and is considered one of the world’s most cited researchers. Through research within AI “Artificial Intelligence”, he wants to spread life in the universe. He wants the public and decision makers to raise their eyes for what he calls the greatest change in human history.

In the magazine “Ny Teknik” (New Technology), a week long debate was held on AI, in which I participated. It was held on 15/11-2017. Although I dislike debates, I participated this time and asked Max Tegmark about his view on how AI could replace the most developed individual. Most physicists, quantum physicists, cosmologists and astrophysics think they know so much about the universe. They don’t understand that their five sensory senses (vision, hearing, feeling, taste, smell) limit them to only a 3D reality. From this limited reality, they speculate about what is real or unreal.

Through their 3D constraint, I am convinced that AI could never transcend the ability and consciousness of mine or greater developed alien beings. One thing is to be intelligent and one completely different to be equipped with a higher qualitative consciousness.

There are people who speak ten languages but cannot tell the truth in one single language.

Our world is full of this kind of individuals.

I contacted Max Tegmark via his personal mail, without success. How could he answer my questions when he believes that he and some others are the most developed people in the cosmos and are in control of the laws of the cosmos?

The “Ny Teknik” didn’t publish the results of the debate about AI.

The Russian President Vladimir Putin has warned about the race today between the superpowers in terms of AI and its development. The superpowers think that the winner of the race will master and dominate the world.

This will never happen on earth.

AI can be a great tool in some areas to replace man. But the purpose behind AI is completely different from what politicians and decision makers present to the public.

AI can only take control over the human brain if man refuses to evolve to reach a higher qualitative consciousness with belonging higher developed ethical moral thinking and living. This is exactly what the International Academy for Total Human Culture (AIC) advocates.

I would also like to point out that in the event of a threat from politicians, military or intelligence decision makers to use AI for military and destructive purposes; this will directly contribute to an intervention from the Pleiadian Inter-Galactic Federation. This will cause all power supplies to AI, satellites, databases, nuclear reactors, missiles etc. to be turned off. It is not allowed for 3D-bound intellectual people without ethical moral responsibility and living in the present age to control, destroy the earth and eradicate its civilization for power and selfish interests.

Believing to be able to rule over the laws of the cosmos, when one cannot even solve own mental, emotional and biological problems, is to be arrogant and reckless.

Quantum consciousness is not about “who you are” but “what you are inside“.

Max Tegmark founded the so-called Future of Life Institute (FLI) 2014, which, according to him, aims to promote ethics and moral within the AI research. He soon got powerful helpers such as Stephen Hawking, Nick Boström and the Tesla icon Elon Musk. Conferences have been organized and agreements have been signed.

Max Tegmark’s aim of the research is to create a benevolent intelligence that works on the basis of human values, avoiding gun fighting and ensuring that the prosperity generated will benefit all. His idea is an utopia. As he is not interested in changing his own thought structure and working with others who have more insight and knowledge in what is happening behind the scenes about how the future will turn out, then how could he build a kind “Artificial Intelligence” that guarantees wealth to all and a fairer society to live in? One thing is what you promise, one other what you do.

In the book: “The Matrix Reality” (only in Swedish so far) we have described what is happening behind the scenes and how the future will turn out. The future, we create here and now, in real time.

While debating AI (Artificial Intelligence), where automation replaces man, then much of this is not mentioned in the Swedish party leadership debate when the job issue is being discussed. We know that many of the jobs that disappear will not be replaced by new ones.

We need to think a bit more long-term!

We must become aware of what inspiring opportunities we have if we sharpen and refrain from eradicating ourselves through negligence. If we look short term according to intellectually promoted financial thinking, then we fight each other and compete, but if we look long term, it is obvious that everyone can get more by improving our technology. In an even longer perspective, there is incredibly much wealth that we can take part of in space.

We are aware of that most of the professions in addition to software developers and service oriented ones will largely disappear and not be replaced by new ones. Even politicians and decision makers can be replaced by AI because politicians do not have greater consciousness than the normal person.

We can use the technique to create a better or worse future than our ancestors could ever dream of. One thing is certain! If we give responsibility to conscienceless, immoral politicians, intelligence services and the conscienceless military, then 90 % of the world’s population will be artificially eradicated. The choice is in our hands!

Max Tegmark claims that AI is the biggest change in human history and so far we are slaves under what Darwin’s evolution has given us. We can only store one hundred terabytes in our brains and think a few thoughts per second. But Max Tegmark has not thought about that we no longer measure intelligence in IQ, but how fast we can retrieve information from our subconscious database.

Only if we possess a higher qualitative consciousness we can gaze out towards the universe with a higher understanding. Higher ethics and morality are here of course self-inherent qualities.

When we talk about the 4D extraterrestrial entities, beings in the parallel world, who have introduced all earthly technology after World War II that we have today, then we do not mean that they have a higher qualitative consciousness. These negative beings have a 4D consciousness and use their acquired experiences and insights to control humanity.

Max Tegmark and associates have no idea what forces control and hide behind the rapid technological development. He is himself a product of their influence.

The problem so far, according to the physicist Max Tegmark is that humanity has focused too much on the transport of bodies, when soon it could be just sending information that builds up a civilization with the resources found on distant planets.

He believes that most people think there is life everywhere in the universe, but he argues that this is not proven. He thinks it’s a beautiful thought that we can spread life and transfer it to other places in space also. But what Max Tegmark, Lars Broström, Stephen Hawking and the Tesla icon Elon Musk have not thought of is that from an evolutionary and consciousness point of view, the earthly civilization is still on the basement level and is not able to “see the forest for all trees.” From here, today’s human being imagines the true reality.

This artificial reality has been created by destructive alien creatures from Orion and Draco, who use the earthly human as a chess piece for own purposes. The founders of the Universe and the Cosmic Federation do not allow an undeveloped race such as the earthly civilization to spread its destructiveness beyond the Earth’s atmosphere. Believing to be able to colonize the Moon, Mars, or any planet in our solar system or beyond, is just a fantasy, wishful thinking of the 3D conscious intellectual elite on earth. 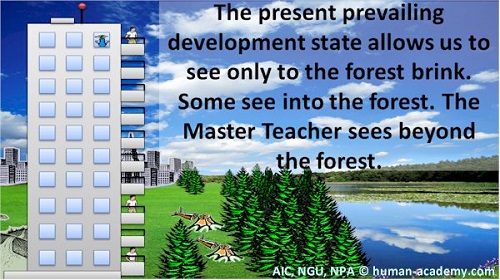 The kind of “development” that is invoked by the majority is equal to material and technological development primarily for warfare, its development. This means that AI will primarily be used to indoctrinate, control and poison the population with the aim to discontinuing it. Only obedient robotic people without own will are to remain to serve the “richest ruling elite” of the population. The “development” so far has had this purpose and that the same people with the same thinking minds would suddenly deviate from this agenda is completely ruled out according to the law of the cosmos.

AI will lead to extra time being released for man, which will even more lead to inherent unsettled fated (karmic) mental imbalances being triggered and expanded in the individual, family, society and world. These intrinsic problems will flourish because the will for evolvement is lacking in approximately 99.9 % of earthly civilization. 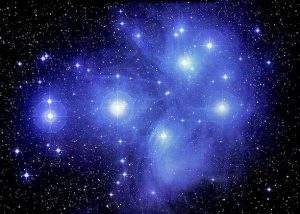 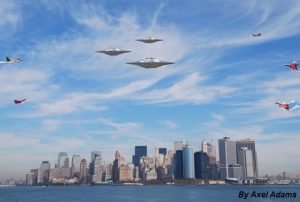 Today’s mainstream man believes when living in a high-tech society that his level of development has been raised. Nothing can be more wrong than that – the human ethical moral level has not been raised for several thousand years at all. The earthly man is an intellectual unbalanced robot using the technology for his own enslavement without being aware of it.

Share
Previous Gnosticism as philosophy and way of life
Next Technological Development – Blessing or Curse?