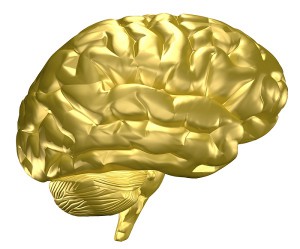 Culture in its present form is nothing but a cross section of history.

Human evolution is the sum total of human acquired past experiences and shows thereby the degree of his present consciousness. Man’s present condition is the result of his heritage, environment and way of living.

The concept of “culture” in its cosmic context means total control of the five-dimensional matrix oneness system focused on the three-dimensional conscious human being. This means that cultural value in a cosmic sense is the product of a higher qualitative consciousness process, which, when it starts its operating system on the three-dimensional physical – material plane, escapes the control of the multi-dimensional cosmic energy or the matrix oneness system. The result is a “decosmization process”, i.e. increased mind influence leading to increased entanglement and decreased spirituality (limited consciousness and freedom).

“Spirituality” does not mean “religiosity”, but a higher qualitative multi-dimensional oneness consciousness.

Culture, as people know it today, is education, anthropology and social science. Culture is generally involved in politics which means that culture is of second-hand characteristics. Especially great misunderstanding and illusion prevails when speaking of culture as an idea. Culture in its present form is nothing but a cross section of history.

The new way of thinking is of a cosmic multi-dimensional character and not limited to three- and four-dimensional matter or form.

The central idea in a society is not increased mind control, materialism or religiosity, but a transformation, an integration with the original zero-point energy, primary energy.

There is a constant interaction between the primary power (original energy), zero-point energy consisting of sound and light, and the secondary power (mind energy), where the mind energy stands for the creation of matter or form.

Cultural ecology is a very important concept, implying developmental knowledge of the humanoid species under various conditions, their various consciousness levels and society development, and how these different social and cultural levels may coexist and collaborate.

Cultural ecology is the inner and outer environment that links people together and at the same time links us together with all forms of creation in the universe.

Cultural ecology is the source to social science.

The actual basis of ecology is culture, which changes us, develops us and restores our relationships with the Universe. Culture as understood by the general mind is not developing seen from a cosmic point of view. It changes our behavior materially.

Material revolution is a path leading to increased consumption and thereby to greater material entanglement.

Matter is a means for our development and not the goal itself. But it doesn’t mean that we must live a miserable life.

Centuries of long time experiences shows that material revolution only results in an increased material standard of living, only leading to increased materialism, egoism, acquisitiveness, jealousy, vanity, lust for power etc. This way man really doesn’t change out of consciousness.

The three-dimensional and material conscious human being is in a cultural context a person producing material values. Education is based on the strive for consumption instead of a higher qualitative (cosmic) development.

All this contributes to the degeneration and disintegration of society.

Materialism in the long run is degenerating and results in short periods of happiness which later pass over to suffering and destitution. Materialism contributes to human degeneration back to animal state seen from an emotional and consciousness perspective.

We can contribute to cultural rebirth only through a cosmic dynamic process and through a cosmic brain program. Only this guarantees the survival of the society. In the material renaissance the human being has been a consuming creature. Education and development are based on consuming material products, while the spiritual (higher qualitative) “cosmic” development has been pushed aside in favor for nihilistic egoism and materialism.

Human evolution is the sum total of human past acquired experiences during his involution (entrance into the third dimension) and shows thereby the degree of his present state of consciousness.

The present-day condition of man is the result of his heritage (earlier acquired experience) and environment that man stays in for the time being. Applied on each individual is his level of consciousness, his mental, emotional and biological well-being a direct result of his heritage and of the environment where he existed. All this has a permanent influence on the human being from birth up to the present date.

A good mental, emotional and biological-physical condition is the result of a good heritage and of a favorable environment. The heritage is constant and unchangeable. The heritage is written (encoded) in the individual’s soul atom and the DNA’s possibilities and limitations. The environment where the human being lives is alterable, and at the same time it interacts and influences him from the date of birth to the end of life in the three-dimensional physical universe or matter.

Our past lives (heritage factors), chosen or forced upon way-of-living, our surroundings and their impact on us are the causes to our health and/or illness state that we live in today.

Our current well-being is often the result of several coexisting causes, i.e. heritage, surroundings, way of living. By changing our bad habits through ridding ourselves of negative thoughts from our subconscious data field and make sure our actions are in harmony with our original cosmic surroundings and environment, we can create conditions to change our actual situation. This helps us regain a condition of well-being and increased consciousness.

If the individual’s own will and capacity is given the right guidance of a competent teacher, the individual will achieve the fastest and best results.

Mental, emotional and physical well-being are the basic fundaments in the human development process towards higher dimensions. Therefore, a higher qualitative cosmic master teacher is necessary to teach us about the universe – hyperspace in its entirety.

Only a master teacher (professor) of Cultural Ecology equipped with a multi-dimensional cosmic consciousness has access to all knowledge concerning the human spiritual, implicit (folded) unmanifested nature and the mind related explicit (manifested), mental, physical consciousness and development.

Only such a master teacher can teach man of how to reawaken the timeless truth in his innermost being thereby releasing him from all kinds of limitations.

NOTE: Since “man” in his so-called spiritual, virtual original context is a “soul-bearing atom”, he is referred to as “He” and not “She” in our writings, literature and education. The Soul atom is neutral and positively charged and dons both “masculine” and “feminine” form (housings) during his development process. The Soul as a neutral and positively charged atom has neither with the masculine or feminine form in creation to do. The form belongs to the mind world that constitutes the negative charge and is the contributing cause to the creation of the mind world, form.

The Soul, Spirit belongs to the unmanifested zero-point energy, First Source, Central Universe, and the mind belongs to the Second Source, the manifested kinetic energy, electromagnetism. These two forces together create the creation in its entirety.