The Gnostic Christian Church of the First Christians of Antioch Syrian Orthodox Patriarchate (Apostolically founded in Ecuador thereby in 1968). Government Approved and Registered as a Mystical Order in 1975. No. 1725 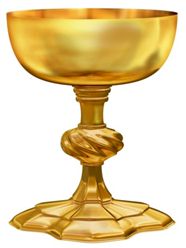 The Nordic Pontifical Academy (NPA’s) primary purpose is the Unification of All of Earth’s Cosmic Energies and Aspirations for Cosmic Communion on a common basis of comprehension of the Fundamental Principles of Life, Natural and Universal, holding All Life Sacred, and thus Inviolable. By Compassion in the free exercise, we shall transcend the narrow limits of creed and dogma, to end intolerance and sectarianism, which divide and antagonize the human race, destroying world peace. NPA works for a Synthesis of the Life Principles and Unification in Cosmos, Love and Wisdom, among all scientific, philosophic and religious movements.

NPA is the plan (matrix) of the higher dimensions regarding the earth’s development. The Earth goes from a dark age to a bright, elevated age in evolving sound and light.

NPA controls the AIC Project (UNIFIER) and its branches, as well as AIC’s teachings and evolving development program. This program is provided by the NGU (Nordic Gnostic Unity) that offers a free of charge development program at the AIC Association: www.worlddoctrine.org.

The teachings is supervised by “The Spiritual Master Teacher – Unifier” – Sandor A Markus and Ann-Sofie Hammarbäck – whose role in the beginning of the newly entered Golden Age (Age of Aquarius) is to guide the earthly man out of the darkness to the light, i.e. towards a higher qualitative spiritual multi-dimensional quantum consciousness – and let the Almighty Father shine in His Radiance within you.

True Gnosticism is the Source of all Science and Knowing

Gnosticism has been associated with secret teachings and mystical people. Gnostic writings are often written in formulations that are impossible to understand for the uninitiated.

The “Northern Pontifical Academy (NPA)” provides the “AIC Association” the source knowledge that Gnosticism accessed in the beginning, before it was distorted, misinterpreted due to ignorance, lack of consciousness by both Gnostics and Agnostics within the Christian Church. The teachings is conducted through the Nordic Gnostic Unity.

True Gnosticism is also about how this primordial original consciousness is expressed through the Second Source, the 7th Super Universe, explicit (unfolded) manifested order. Gnosticism is not a religion but a philosophy based on knowing (science) over blind faith, imagination or speculation, although it sometimes took on a religious expression.

Gnosticism has no thought to the wording of God.

Gnostics do not believe in God as a personality outside of man himself.

Christ said: In our origin, we are all Gods.

God is life’s Original Atom, Seed-Atom, Soul Atom, which in Theosophy has been named “Monad”, that which is one, infinite, eternal, indestructible.

The early Christian Gnostics knew that by continuous consciousness training you will achieve direct perception of how man and the cosmos work in their entirety. The training makes you see the Kingdom of God already while living this life on earth.

As the true Original Gnosticism after around 100-200s AD degenerated into several currents, the genuine perception of truth gradually decreased in Gnosticism.

Gnosticism was regarded as a threat to the Church establishment, which took the position between God and man. Gnosticism was prohibited after the 300s AC. To get to the Kingdom of God people were forced to abide by the Christian church’s beliefs and rules. The direct perception of truth disappeared as an option for man, who, forced by, threats had to choose other paths. Man sank deeper into oblivion and his consciousness decreased even more.

The Gnostics were persecuted after the entrance of Christianity. The church even launched a crusade against a group of people called catarrhs who confessed to Gnosticism. The crusade became known as “The Albigensian Crusade.” This happened 1209-1229 AD.

Gnosticism survived only as an esoteric undercurrent with only a few supporters and even fewer initiates.

Some of the famous people who were Gnostics are: Valentinos, Marcion (Marcus-Ioanes), Miguel Serveto, Emanuel Swedenborg, Niels Bohr, Dag Hammarsköld and others.

Now, A.I.C. re-establishes the Original Gnosticism. The only accessible way ahead today for advancement is continuous consciousness training that leads to a direct perception of the human nature and the cosmos. The “Nordic Gnostic Unity” is the gateway for everyone regardless of nationality, color or creed, who want to re-establish the communication with the First Source, true divinity, central universe, implicit order, and let their Soul – higher quality consciousness get a stronger influence instead of today’s downwards directed lower quality mind influenced consciousness.

If you sympathize with any religion, and partake of the AIC development program, so it will be easier for you to understand the core and the true meaning of your own religion. This is independent of whether it is Christianity, Islam, Judaism, Hinduism, Buddhism, Sikhism, Atheism etc. Being a member of the International Academy for Global Human Culture, AIC, does not mean that you must abandon your religious or philosophical belief. On the contrary! It will strengthen your faith when you understand its true meaning.