The 21st century began at the winter solstice on December 21-23, 2012 when our solar system and our planet (Earth) crossed the equatorial line in our galaxy and entered a giant photon belt (light belt) around Alcyone in the Pleiadian star system. This event, which occurs every 26,000 years, indicates the end of earlier ages, of which the previous one was the last. The age of Aquarius, in which we have entered, implies a gradual transition from a Materialist-Selfish era to a higher qualitative Information era that will characterize our current age.

The mind gathers information through its five tools: sight, hearing, taste, smell and touch. These have to do exclusively with the ego-related 3D notion and perception of reality of earthly man.

The use of the mind alone is an obstacle in the individual’s quest for a higher qualitative level of consciousness.

The mind can only convey the kind of information that its five senses perceive, interpret and convey. Therefore, man identifies with the kind of world and reality that his five senses serve him, which is only a limited part of an illusion, a reality.

The soul in comparison with the mind is unlimited from the point of view of consciousness and uses the mind as a tool, instrument to be able to express itself in different densities, density levels, of which the Earth’s 3D density (density level of energy and consciousness) is the lowest most sluggish that houses human life.

The soul (soul consciousness) is completely free from all kinds of limitations, problems and suffering of various kinds since it is aware of what is the right thought, right feeling seen from a holistic perspective, instead from a limited separated reality that the mind experiences through its five senses.

A Soul-Conscious/ Soul-controlled being sees the causal connection behind everything that happens. It does not allow itself to be influenced by any individual or law that is nihilistic, oedipal in its content. 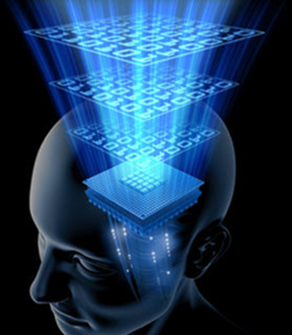 We see this clearly in the Covid-19 scenario that has been going on since 2019.

People who get vaccinated by a vaccine that is not approved by any health authority or other authorities – such people do what they are told, without thinking or questioning whether it is right or wrong. They cannot see through the game which their powerful authorities are serving them. Such people cannot remain on earth during the New Age. They are not mature enough to move up to a higher class of consciousness.

The broadband filter in the Brain only allows retrieval and down-transformation of information that is individually adapted. In the same way, an elementary school student cannot move up to a high school level if he or she has not previously acquired the required knowledge and information.

No one can retrieve information other than what they have access to through their development and experience. Therefore, the earthly man’s perception of reality varies from individual to individual.

People who are stuck in their outdated thought structures have a hard time understanding what is new to them or what they don’t have experience of. Therefore, it is important to learn everything that is new in order to be able to adapt and fade into the new structure of thought and society that will gradually emerge and which will apply in the New Age, the New World Order that we have recently entered.

Every mind-influenced person (individual) has both his individual and collective perception of reality. This has so far contributed to separation, division and distancing from the true reality.

Here we have the reason for why there are so few people who are interested in developing a higher qualitative consciousness.

On the other hand, mind-influenced beings experience separation from everything that is not in resonance (harmony) with their ego-based consciousness and perception.

Such beings live in their own world of illusion and reality. They are programmed robots that do what they are told, without thinking for themselves. Therefore, the mind-driven 3D-conscious earthly man is easily influenced, easily controlled in comparison with a 5-6D soul-controlled being who has developed a higher qualitative consciousness and has learned the ability to discern, i.e…

… to distinguish reality (facts) from illusion (show) – i.e. what is right or wrong from an ethical and moral point of view.

, which is based on a three-step program: information, analysis and measure, can man get to know himself and his relationship to the universe, hyperspace, the unity field, which we all have come from and which also constitutes our true home and reality.

All individual and collective development is based on human thought, feeling and perception; on the knowledge that man (individual) acquires consciously or unconsciously through the soul or mind. This determines how each individual’s future will take form.

The information technology of the new consciousness is changing the conditions for individuals and cultures.

The exchange of new information technology and new scientific discoveries are changing societal structures. This usually happens slowly. Constitutions and international laws are there for changes to be introduced at such a pace that the majority can keep up. This is based on an open and uncensored exchange of ideas.

But – the new digital, impersonal (alien) exchange of ideas has initially amplified the problem of lack of knowledge of history, which permeates today’s exchange of ideas. Postmodernism’s objective truths about reality ignore what reality looks like and has looked like, which means that the elite and in the extension the politicians can remould reality so that it suits their own narrative for the moment.

The history revisionism that follows from this means that history is constantly being reshaped to suit one’s own political purposes.

Many today must be awakened and stand up for constitutions and international declarations of human rights.

The Mind-Influenced, Mind-controlled elite creates division and makes people doubt themselves and each other.

The social elite uses the well-known strategy: “divide and conquer”.

Everything is already written in the Italian Machiavelli’s book about the Prince, which was written 500 years ago.

Another famous Italian, Dante Alighieri, stated in the 14th century in his famous book The Divine Comedy (Divina Commedia) that “the darkest places in hell belong to those who remain neutral in times of moral crisis.”

Share
Previous You are responsible for your own health!
Next The next decades