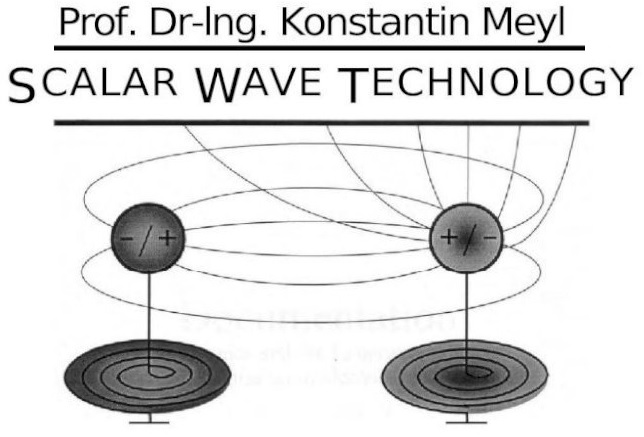 Prof. Dr-Ing Konstantin Meyl has gone into the science behind Nikola Tesla’s experiment and explains what this science means.

There are opportunities for wireless energy with a possible efficiency of over 100% as energy can be obtained directly from the environment. As at the time of Tesla, the elite don’t want this science and technology to benefit the people. It’s the same today. Government and privately owned companies make billions by delivering unhealthy energy through coal, oil, etc. that contribute to biological, mental and emotional illnesses. This instead of investing in harmless scalar energy that is omnipresent in nature and costs minimal compared to what traditional electricity costs.

Prof. Dr-Ing. Konstantin Meyl is the Tesla of the 21st century 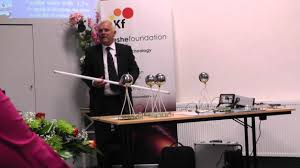 Prof. Dr. Meyl has not only organized a revival of Tesla but developed his research to incredible heights. He discovered that each vortex has a counterpart, a so-called potential vortex, which can form matter. He shows that electrons, protons, neutrinos, etc. are double vortices without the need for a postulate. He thus proves that there are two more types of waves in addition to the already well-known electromagnetic wave (Hertz 1888).

The magnetic scalar wave, as an aspect of the neutrinos and therefore about 1.5 times faster than light, is used in all biology. Dr. Meyl explains how DNA sends information and energy like an antenna using a DNA wave. 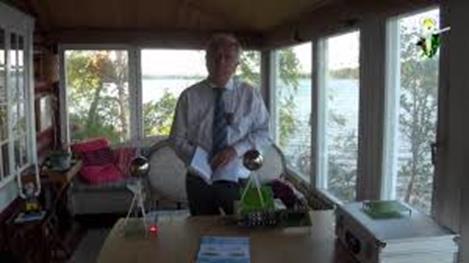 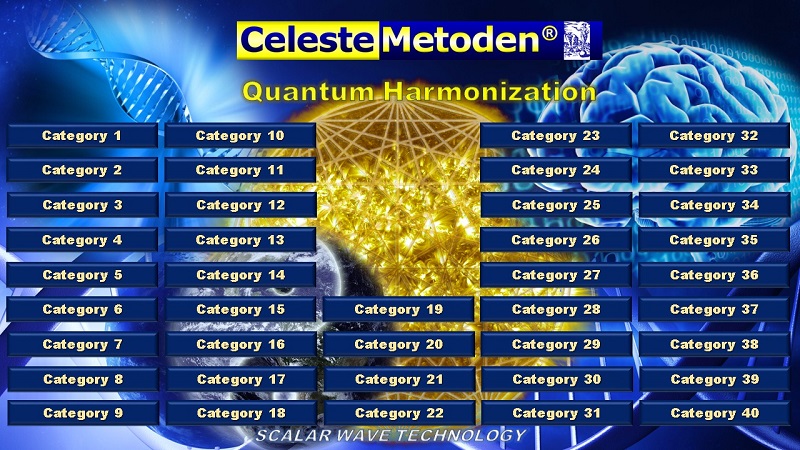 Figure 3. For this purpose, our wireless Multifunctional Scalar Wave Harmonizer has been developed.

More about this can be read at https://www.celestemetoden.com.

Prof. Dr. Meyl describes what electrosmog is and how we can avoid it

The mobile phone industry, the TV / radio and computer industry and the car manufacturers can revolutionize their products by using scalar waves instead of electromagnetic waves. Scalar waves are more health-promoting and use less energy and have one more dimension to transport information. Finally, Meyl found the unified field theory, which many researchers have been looking for for a long time. Not even Albert Einstein succeeded. He got caught up in the wrong information that nothing is faster than light.

The unified field theory says that the field is first, then comes matter. This confirms what well-informed circles have noticed for a long time – that it is thought that creates matter. The human body works on scalar waves. Hartmann and Curry lines are also scalar waves. 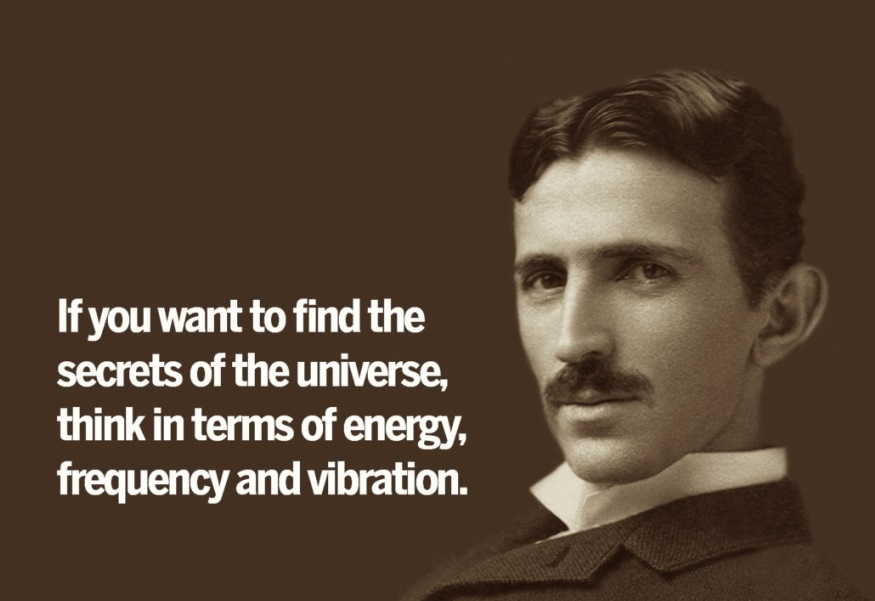 Figure 4. Nikola Tesla was the greatest scientific genius of the last century.

Prof. Dr-Ing. Konstantin Meyl from Villingen in the Black Forest, Germany has not only organized a resurgence of Tesla’s ideas, but also further developed his research to astonishing levels. He discovered that each vortex has a corresponding vortex, which he named potential vortex and which has the ability to create matter.

Dr. Meyl shows, without the need for support by any basic principle, that electrons, protons, neutrinos, etc. are double-vortices. With this he proofs, that in addition to the already well-known electromagnetic wave (Hertz 1888), there are two other types of waves. Tesla discovered (1899) the electric scalar wave and Meyl its magnetic counterpart, which paves the way for free energy and large surplus effects in energy (COP). The magnetic scalar wave is an aspect of neutrinos and therefore faster than light, and is used in all biology.

Neutrinos originate from the “Black Sun” (the Sun’s innermost hidden, implicit core), which is referred to as the “Akasha Library”- the 5D Matrix, where all neutral energy and information originates. This is the field our Multifunctional Scalar Wave Harmonizer communicates with.

Dr. Meyl can therefore explain how DNA acts as an antenna and can transmit information and energy, through the use of a DNA wave.

Dr. Meyl explains what electrosmog is and how we can get rid of this problem. The telecom and computer industries, the radio and TV industry, as well as the car manufacturers, could produce revolutionary products if they used scalar waves in their products, as these waves are healthier, use less energy and have another dimension available to transport information.

How good wouldn’t that be for VOLVO, SAAB and other car manufacturers, if they started building car engines based on free energy. No more petrol costs!

Tesla already drove such a car in the 1930s!

There are opportunities for wireless energy with a possible efficiency of over 100% as energy can be obtained from the surroundings. As at the time of Tesla, the elite today still don’t want this science and technology to benefit the people.

State and privately owned companies make billions by supplying unhealthy ELF (Extremely Low Frequent) energy, including coal, oil, etc. instead of investing in harmless neutrino energy, i.e. scalar energy that is present around us in nature and costs minimal compared to what traditional electricity costs.

Professor Meyl, today’s Nikola Tesla, not only shows the difference between electromagnetic waves (Heinrich Hertz 1888) and scalar waves (Nikola Tesla 1897), but also shows different and appropriate ways to apply them.

Professor Meyl has also discovered a third type of wave, the magnetic scalar wave which is biologically relevant.

So there are three different types of waves:

The magnetic scalar wave that Professor Konstantin Meyl has discovered constitutes the life force, the life energy, both in nature and in man. This energy has had various names such as Prana (ether), QI, KI. This energy flows longitudinally.

Today’s biologists and doctors cannot explain what life is. They cannot explain satisfactorily how cells communicate with each other. They focus on chemical reactions. This is not enough. They have not discovered the most important communication instrument in our body because of the great conspiracy against scalar waves. Maxwell described the scalar waves in his equation, but after his death they cheated (Heaviside und Gibbs) and removed the important pieces in his wave equation, so that only Hertz waves could be described. Nikola Tesla, who rediscovered the scalar wave with his experiments by transporting electricity through the air faster than light, was marginalized in science by the same conspiracy.

Tesla was significantly more important than Einstein. Einstein gave us the wrong information that nothing can be faster than light. This suited those behind the conspiracy and therefore Einstein received the Nobel Prize and fame while Tesla didn’t get the attention he deserved.

Our body constantly generates scalar waves. They occur when two electromagnetic (Hertz) waves with the same frequency are exactly in opposite phase, i.e. cancel each other out by being the exact opposite of each other when the amplitudes subtract each other. The mistake that is made in established science is to assume that the wave is gone. However, energy can never disappear, only be converted. In this case, the electromagnetic wave does not disappear but generates a scalar wave. It is said that the scalar field has returned to its potential at vacuum level.

Scalar waves can be produced by winding an electrical cord around a figure that has the shape of an eight, a möbius coil. When you then send electric current through the cord in one direction, the current on the reverse path in the 8th will extinguish the electromagnetic waves, and a scalar wave is born.

Thanks to Professor Konstantin Meyl and top Russian researchers, Professor Vladimir Nesterov of Omsk, who developed NLS – Oberon and NLS – Metatron scalar wave analysis and therapy equipment, we can today help people to better health, well-being, while traditional symptom and pill-based healthcare is on the way to collapse.

Oberon NLS (non-linear system) is a scalar wave-based analysis and therapy instrument that was originally developed in the former Soviet Union to help cosmonauts on their travels. Under the protection of the Iron Curtain, Russian researchers were able to develop the frequency technology for analysis and treatment undisturbed. In addition to treating cosmonauts, frequency technology is also used with great success in healthcare. In Sweden, this treatment method is called “fake treatments”. Sweden and North Korea are the only countries in the world that deny the existence of natural therapies.

Share
Previous Matrix Innovation & AIC in Sweden is a leader in Scalar Wave Medical Analysis and Therapy Program
Next Evolve yourself!