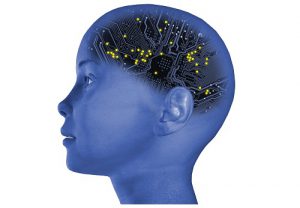 Ethics is about how we think.

Morality is about how we act.

The so-called “development” of today, is equal with material and technological development, primarily for the development of warfare, which means that AI will primarily be used to indoctrinate, control and poison the population with the underlying aim for depopulation. Only obedient robotic people without own will are to remain to serve the “richest ruling elite” of the population. The “development” so far has had this purpose, and that the same people with the same mindset would suddenly deviate from this agenda is completely impossible according to the law of the cosmos.

AI will lead to extra time being released for man, which will even more trigger intrinsic unreleased karmic mental imbalances that will expand in individuals, families, society and the world. The intrinsic problems will come to expand more since the will for evolvement (development) is lacking in the majority of the population, and in more than 99.9 % of the population in some countries.

Today’s mainstream people believe that since they live in a high-tech society that their level of development has been increased. Nothing can be more wrong than this – the human ethical moral level has not been increased over several thousand years at all. Man today is but an intellectually unbalanced individual who uses the technology for his own enslavement, but without being aware of it.

Man has been held unaware about the most important information about his own life, i.e. as a human being is inward in terms of selfishness, vanity, greed, anger and lust as well as the subdivisions of these mind qualities – that exactly the same the society look in its exterior, without exception. It does not matter that society’s intellectual, so-called experts argue the opposite and show high degrees to back up their arguments. This is just an extension of the fact that the society’s heavily overloaded diesel locus tries to continue its journey, on rails that don’t exist any longer since the previous belonging age has come to an end. We are currently in transition phase to the 5th civilization and are now leaving the 4th civilization behind with the hallmark intellectualism, the lowest qualitative part of our consciousness.

Man must develop a higher quality consciousness that gives a helicopter perspective on oneself and thus on society and the world, thus giving man consensus on everything. Integration then becomes a fact.

Further introduction of AI today would only prevent humans from developing their intuitive and clear quality – i.e. a higher qualitative multidimensional quantum consciousness, super consciousness, which is a must if wanting to be part of the 5th civilization that now comes.

AI has also been commented by Elon Reeve Musk, a South African-American engineer, inventor and entrepreneur. He is educated at the Stanford University in 1995 and is one of the founders of Tesla Motors.

“It was during a speech by the National Governors Association that the serial contractor Elon Musk gave a fictional image of what might happen if the development of artificial intelligence is allowed to continue without regulatory control.

According to Elon Musk, those in power today underestimate the threat of artificial intelligence, AI, to our civilization, the Wall Street Journal reports.

Two scenarios he warned about in particular were that all the work done by people today can be taken over by ai and that in the long term the ai may be the cause of wars being started.

Elon Musk’s call to the audience, which consisted of American politicians, was that the United States should set up a special authority with the task of monitoring and guiding the development of ai technology. He also called for new legislation regarding the further development of ai.

If humanity does not stop or limit artificial intelligence already at the stage of its development, we risk losing control, Musk warned.

Right now, governments have no idea what the ai will entail.

When the understanding is there, people will become very scared, which they should be, he said during the speech.”

Get a free membership now!