The light in the tunnel 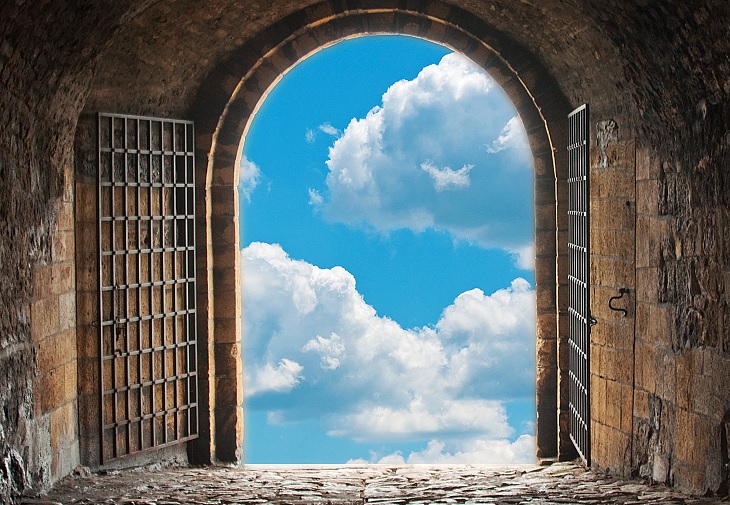 When will the ongoing “pandemic crisis” cease?

The people of today are mostly completely in the hands of the establishment that controls Radio, TV, Government, Economy, i.e. what we in society are exposed to all the time whether we are aware of it or not. Should the so-called ongoing “pandemic” end and if so how?

The pandemic will not end as long as man believes blindly and follows what is said on TV, where untruths are rolled out that burden man and limit him in every way. We should be aware of that so far there are no higher death numbers that would indicate anything called a pandemic, with high fatality, which we have been convinced of by the above-mentioned authorities. The result so far is increased poverty and about 1.2 million dead children due to starvation, etc.

Instead, we get more and more prohibitions, more restrictions, and, above all, we become more and more controlled. Right now, everything is expected to culminate in a vaccination of at least 75% of the Swedish population – who will happily accept to take the rapidly “developed” mRNA vaccine, which mutates into our cell DNA various new recipes, genes. The idea is that our cells will create a protein that will be effective against the “pandemic disease”. More mutations in a weakened immune system and increased microwave radiation lead to more diseases and more cancer, etc. The cocktail is deadly – but people must be kept positively informed about the vaccine and must now take the consequences of this. Their poor education means that their ignorance now becomes their wandering in the dark. This socialist process has taken place before e.g. during the Spanish Revolution, where the socialist mob killed people with schooling, i.e. physicists, doctors, teachers etc. People are expected to follow the pc-narrative to death.

It is not possible to “influence people to a change of view” about this as man is unable to change in his current consciousness. The happy Bill Gates with his patented corona vaccine and technology for chip cloud monitoring of humans, their vaccine status, heart rate and oxygen saturation etc. is standing there and waving all people to careening off the cliff, and people happily go this route without the possibility of deviating in any way, sleeping. Along the way are several people warning and pointing out what is going on. Many of these cannot understand what is happening. How can this herd of people voluntarily just throw themselves off the cliff? It is not possible to reach them.

And so it is – they cannot be reached. What is happening has to do with the current development. The non-changeable people must now be separated from the remaining population, i.e. their development toward higher consciousness. Only those who have completed their journey in the lowest matter and have no more to learn here have the opportunity to develop toward higher consciousness. This separation of people who are to continue their development on other planets corresponding to their developmental level, must be separated from those who will remain to develop. The reason is that the development of the developable people must not be disturbed, which has happened until now for thousands of years. If a society has enough criminals who do whatever they can to destroy for the well-behaved – then the result will only be friction and misery for those who want to develop and have a life in order.

This conflict is now at its peak and the increasing cosmic energy causes all the inherent properties in all people to flourish and expand, for better or worse. Various karmic unsolved scenarios are straightened out – and the friction is maximized. We have so far only seen the beginning of it.

What then is required to end this scenario?

The negative destructive decline must be so big that the contrast to the developable people becomes so big that they speak out about all the insane that is happening – how can this degenerative process be allowed to continue? How can people believe in all this untruth – how is that even possible? So far, not enough people have come to this conclusion, but many are homing in for it.

The people who now govern society and control this destructive negative development, are unable to change their attitude. It is against their inner nature. These humans are controlled from behind by negatively destructive governing beings from the fourth dimension, the lower levels of the astral world. Its creatures have the task to do exactly what they do. If this provocation doesn’t take place, man could not develop at all.
When enough restrictions have been instituted in society, when the current form of society begins to collapse, when people lose all of their savings, indebted houses, when famine begins to become the “new normal” with food rationing, poisoning of the air, water, food, medication and various types of vaccinations, when misery increases and lawlessness increases to unsustainability – then the trend can be reversed. The bird Phoenix rises from the ashes of the fire.

Now in this societal state where there is maximum contrast between the people who want order, ethical and moral living with development possibilities and the people who don’t understand what is happening, who just fight to keep some of the cake, whatever the cost, and where there are no considerations for their fellow human beings. The degeneration of society has thus exposed the differences that exist between people and separated the non-developable from the developable. This must happen and is one of the relentless laws of the universe that is now strained to the max when the separation must take place. The society that is brightening up in the end of the tunnel is in line with the vibration that the earth is now beginning to get in this corner of the cosmos, completely in line with the solar system’s increasing influence from the central universe via the local central sun Alcyone in the Pleiadian constellation, its increased energy field. As the Bible says – the chaff will be sifted from the wheat, and that’s how it is – but the messenger is ignored and silenced – as has always been the case throughout history. The lid has been kept closed but now it starts to simmer in the saucepan. Soon the lid will be opened and the fraud will be crystal clear to the developable people. These people will now have the opportunity to develop further.

The change of society towards brighter times occurs when enough people really want and wholeheartedly want a better society, ethically and morally – a society where we can live as neighbors in evolvement toward higher heights of consciousness; where we can develop an ideal society in a positive spirit, with all conceivable development opportunities.

Namely, in order to reverse this misery, we must really want help from already evolved individuals and also the Pleiadian intelligences that now exist around the earth in their spaceships. These people are here to help in the process. But they cannot intervene until about 30% of the world’s population really wants their help. Such is the law of the cosmos. When the planet calls for help, these beings will come to the rescue. They have waited for a long time but are now more than ready to assist the earthly human beings in their fight against negative destructive delusion controlled by the negative destructive extraterrestrial entities working from behind the scenes from four-dimensional astral level – the lower levels where less developed earthly humans reside after their physical death; this mental miserable state which by some is called hell. And believe us – these destructive extraterrestrial entities are professionals at their jobs – they now steer the entire planet towards degenerative chaos. If they can no longer control the planet, they can at least do their utmost to destroy as much as they can, in fact completely in line with their task now. There is no coincidence – only evolution, development. And now this separation takes place here on earth – which has taken place before in so many places out in the cosmos when other planets were faced with the same scenario. The whole universe is populated on all dimensional levels.

We earthly human beings will thus get help when we have reached the critical level of 30% who really want to become of from the destructive negativity that is now accelerating.

One thing that we automatically benefit from is that negative destructive beings have an inherent weakness. They want to stage their own reality of power and dominance, domination. For a while it is similar to many of them – but there are differences – and now in the flora of separation, these negative beings will also fight each other. Their own internal programming becomes a handicap for their efficiency. When the light grows and becomes larger in clarity and radiation, as more and more of the earth’s population have aligned themselves with the solar system’s energy and information, or at least are working for it, then these negative destructive beings will no longer be able to generate as much misery. They have to withdraw.

Stand up for the truth – what is right and proper – what is ethically and morally defensible – for evolvement toward higher qualitative multidimensional quantum consciousness as we at the AIC advocate – then we can more quickly reverse the downward trend and instead work for development, evolvement and clarity.

Start your training for a higher quality consciousness and we will accelerate toward a clearer and more positive earth to live on.

We see that in Sweden there are enough developable individuals who are now ready to begin their evolvement for real. The percentage of these incarnated people on earth is big enough. This makes us able to reverse this trend, which will also be the path we will choose here in Sweden. In many other countries, the friction between positive and negative will be bigger, which will extend the conflict and separation. We have a bright future to look forward to in Sweden – but the turbulence or “tunnel” must be passed, or as we put it in the book “The Free Human Being” – “The filter must be passed individually”, before we can together build the Free Society for The Free Human Being in Clarity and Truth where the development of our Consciousness becomes the Guiding Star, the Knowing with associated Energy and Information.

Reading the book “The Free Human Being” will brighten up what we mention here and also the “filter” will be fully explained.