Save Civilization from Destruction! 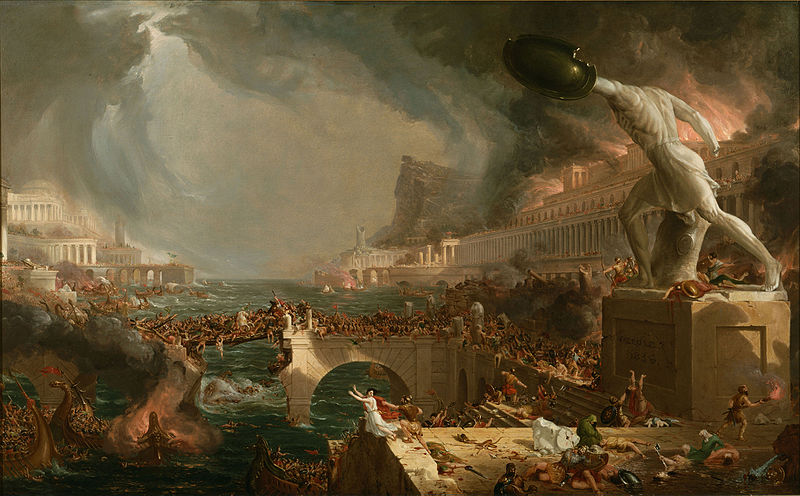 The image is from From Wikimedia Commons, the free media repository.

If nothing is done, our present as well as past civilizations will be but memories. The majority of our current civilization will then be destroyed through war, natural disasters, epidemics of diseases, etc. This will affect everyone, regardless of material status, political or religious affiliation.

The Archbishop Sandor A. Markus “UNIFIER”, President of the NORDIC PONTIFICATE, (The Gnostic Early Christian Church) calls on all political, religious leaders, decision-makers in the world to join and cooperate with the NORDIC PONTIFICATE and the International Academy for Global Human Culture, the AIC’s eight-point program to create a better world and a more humane society to live in. This call is based on the experience the UNIFIER for the first time had on the Hungarian Puszta (Great Plains) in 1953 when he was 14 years old. This insight has become clearer through 50 years of intensive consciousness development, evolvement and telepathic communication with higher dimensional worlds, civilizations. 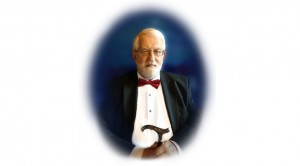 You cannot call yourself a true Christian, Muslim, Jew, Buddhist, Hindu, Sikh, etc., if you don’t follow the law of the cosmos, universe in your living and follow the ethical-moral life that is the foundation of harmonious societal development. This law of the cosmos becomes very obvious in higher consciousness evolvement.

People, leaders, decision makers in the world, who don’t voluntarily want to cooperate or contribute to the International Academy for Global Human Culture, the AIC’s eight-point program for the creation of a better world, compared to the current situation of society and world, are those whose main purpose are selfishness, lust for power, greed, hatred, vanity, lust etc. Such people contribute only to increased disintegration, poverty, economic crisis, anarchy, unhealthy living and to the destruction of the world, society, civilization and the earth’s natural resources.

This is claimed by Sandor A. Markus, Archbishop of the Gnostic First Christians of the Antioch Syrian Orthodox Church of all the Scandinavian countries, President of the Northern Pontifical Academy, and founder and Protector of the “L’Académie Internationale de Culture Humaine Integrale” (AIC) – The International Academy for Total Human Culture.

The UNIFIER came to Sweden from Hungary in connection with the Hungarian uprising against the Soviet occupation power in 1956 when he was 17 years old.

As a 14-year-old, he had an extraterrestrial experience on the Hungarian Steppe (puszta) which only few people on earth have experienced through history. This experience changed totally his way of thinking and his life. A light being of intensive power appeared to him and urged him to leave Hungary and go to Sweden. There he would lay the foundation of a worldwide center of development. In 1989, he instituted an Academy Foundation in Sweden in Cultural Ecology with the main focus on the Life Sciences. The Academy would guide man out of the lower qualitative captivity of the intellect, the mind in which man has been ensnared for generations.

The UNIFIER’s experience can be compared to Mohamed’s experience in the cave of Mount Hira nearby Mecca, when a light being who called himself the Archangel Gabriel appeared to him and dictated the Quran to him. The Quran is today the foundation, the basic philosophy of Islam. The experience can also be compared to Paul’s experience on the road to Damascus, when a light being of intense power appeared to him and said, “Saul (Paul), why are you following me?” The intense light temporarily blinded him. After this experience, Paul converted from Judaism to the ancient Christian philosophy, the true “Gnosticism”. It was Paul who laid the foundation of the established Christianity.

You can come in contact with the UNIFIER, the “Spiritual Master Teacher – UNIFIER” of this time and contribute to a Global Human Culture and a society whose foundation is Love, Wisdom, Ethical and Moral Living.

You are welcome to contact our International Academy (AIC) for assistance and guidance in your inner development, evolvement. 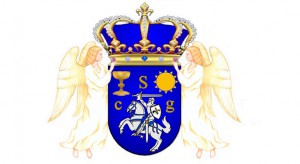 From Barbarism to Super Consciousness, The World Doctrine, Aliens Are Amongst Us, The Master, My Incarnations and Teachings, Saint Germain: The mysterious Count who never dies.