The broadband filter in our brain computer determines what kind of energy we attract and surround ourselves with. This also affects our DNA/RNA, positively or negatively.

How we feel mentally (psychically), emotionally and biologically is decisive for our survival both as individuals and as collective beings on earth.

Ever since the 1960s, when I began to take an interest in the subject of “Health and Inner Resource Development“, a big question arose within me that I didn’t know the answer to until much later. I simply could not understand how it was possible that there could be suffering, unhappiness, malice, disease, poverty, ignorance, inhumanity, injustice, stupidity, lies, violence, oppression, restriction of freedom/modern slavery, how there could be fight against nature, instead of living in harmony with nature.

I have always felt that this former orientation couldn’t be a normal, natural state that was intended for us humans on earth!

It’s like building a house and tearing it down at the same time.

I see that the world isn’t is the way it is by chance. Man is used and kept inside and outside intentionally and purposefully in a state, without freedom. Man doesn’t even know how deep his slavery extends.

Until now, the only way to get out of slavery has been to become enlightened like the Buddha, Jesus Christ, Guru Nanak, Sawan Sing, Jonny Lowevisdom, Charan Sing Ji Maharaj and many others i.e., to get to know and experience the truth about oneself, who you really are by seeing through the illusion (the mental image of this 3D world and its reality) and let go of all attachments connected to the lowest, most sluggish part of creation, to which our planet earth has hitherto belonged.

But how about instead of leaving Earth, create a new world of universal love and harmony?

This is a reality today! Instead of running away, we can become a co-creator in a new reality; the reality that we want to live and stay in, here and now.

Christ said: Ye are all gods. This means that our higher quality self, the soul-self being, is the drop, the fragments of the original source, the reality of the unity field, from which we have all emanated, and to which we will return when we have completed our journey and the search for our own identity, our true Self. We are all co-creators of our own world and reality.

This is one of the reasons why I have personally devoted most of my life to research related to our health and inner resource development.

Now that we and our civilization are characterized more and more by anxiety, fear, despair for our survival and for the survival of our generation (the new-incarnating beings), a different type of rescue plan is required. This means that every “Star seed” who wants to consciously change their life and be free from the mind-related slavery, to make them co-creators of the New Age, which we entered at the winter solstice of December 21-23, 2012, when our sun and our solar system crossed the equatorial line of our galaxy and entered a giant photon belt (tachyon belt) emanating from the innermost core of the central sun.

Free energy (neutral or zero-point energy), the scalar wave energy “tachyon energy” has always existed and has permeated all existing form, matter, without the earthly man being aware of it. Even today, earthly science does not know what life energy really is. Without this energy, nothing would exist.

By becoming aware of this life-creating energy, we can nurture it and use it to change our life, and the lives of others for the better. 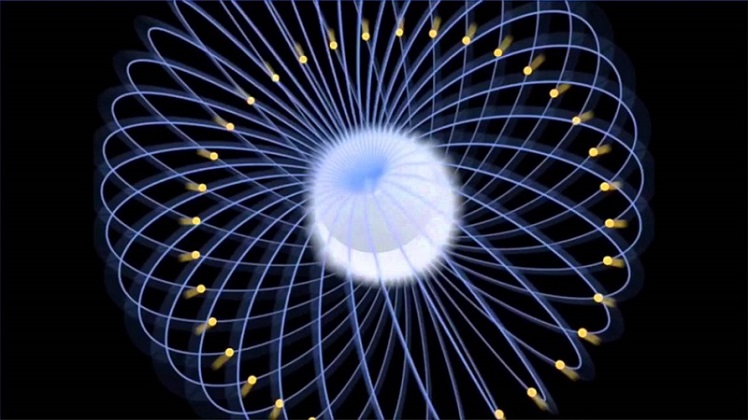 Tachyon energy does not radiate as hertz, magnetic or electrical waves but expands outward in dynamic energy fields, longitudinal waves that can generate their own energy to other objects without losing energy.

Tachyons are subatomic particles that travel about 1.5 times faster than light. They are photon particles infused into 3D physical matter in the form of spiritual light. The process of collecting tachyon particles is a high-tech process that impregnates physical matter with increased amounts of tachyons and permanently alters the quantum properties of atomic nuclei that make up that matter. Although the chemical composition of the process does not change, the change itself occurs at the subatomic level.

Since tachyon particles reduce the entropy of physical matter, it can slow down the aging process and strengthen the immune system, which is the main purpose of the CelesteMetoden®, its action program.

In the next newsletter, we plan to present a new energy adjustment (MedBed) with which the AIC will be the first in Scandinavia. This “MedBed” is the first of its kind which, among other things, restructures DNA and rejuvenates the person and strengthens the immune system.