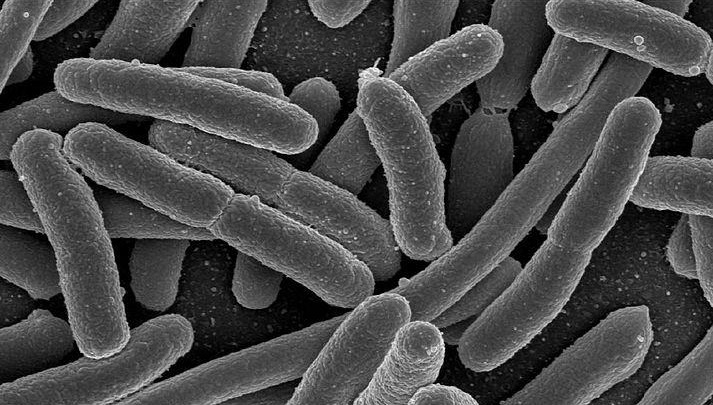 It is well documented that E. Coli can be transmitted from person to person. Wash your hands twice or more with soap.

What is E. Coli

Escherichia coli commonly abbreviated E. coli is named after Theodor Escherich. E. coli is a gram-negative, rod-shaped bacterium that is usually found in the lower intestine of warm-blooded organisms (endotherms). Most E. coli strains are harmless, but some, such as serotype O157: H7, can cause serious food poisoning in humans and are sometimes responsible for product recalls.

The bacteria are found on a small number of cattle farms and can live in the intestines of healthy cattle. Meat can become contaminated during slaughter and the bacteria can mix properly in beef when it is ground. Bacteria found on the cow’s udder or on equipment can enter raw milk.

Colloidal Silver has been shown to be effective against more than 650 pathogenic organisms, including Escherichia coli (E. coli), Prescriptions for Nutritional Healing, 3rd Edition, by Phyllis A. Balch CNC and James F. Balch, MD.

Lois Collins of Deseret News quotes; Dr. Leavitt writes “data suggest that colloidal silver has low toxicity; its broad spectrum of antimicrobial activity allows this drug to be used effectively as an alternative to antibiotics.”

Antibiotic-resistant bacteria are now considered to be epidemic and accounting for an increasing number of serious infectious diseases. Most antibiotics disinfect about half a dozen bacteria while silver is reported to disinfect hundreds. Most importantly, unlike conventional antibiotics, bacteria cannot build a resistance to the action of silver. A properly prepared colloidal silver is a special liquid preparation of this trace mineral, is extremely safe to use, even by children and pets, without many of the negative side effects of prescription antibiotics.

In Nebraska, a dramatic experiment was performed in which 250 litres of raw wastewater was placed in a pool without disinfectant. A standard measure of fecal contamination is a variety of Escheri coli (E. coli) and organisms found in the human intestinal tract. The number was increased to 7000 colonies that form E. coli cells per millilitre of water. The water was then flushed through a set of silver electrodes, which completely eliminated E.coli within a period of three hours.

The Blue Man – The story of Paul Karason – a media scam organized by pharmaceutical interests to scare the public away from using colloidal silver products. “The Blue Man”: Although the news media has consistently said he took colloidal silver, nothing could be further from the truth. Interviews with him have established that he took silver in ionic form (silver nitrate) and followed a protocol that would almost certainly lead to his condition.

Veterinary and garden use

Colloidal silver has worked well for pets of all kinds. If colloidal silver is used in proportion to body weight, it should bring the same results. In the garden, field or greenhouse, with enough water in the soil, the plants do the rest.

How colloidal silver works against viruses

Viruses can invade living cells in body tissue. The pathogen can enter the nucleus of the cell and change its production and reproductive mechanism to replicate itself instead of the enzyme, hormone or other protein that the cell was intended to produce. Once the virus has altered the cell for its own purposes, the cell returns to a more primitive form of cell structure and chemistry.

How colloidal silver works against bacteria

Bacteria, which are unicellular and primitive, use an enzyme for their oxygen metabolism. The presence of colloidal silver inhibits the enzyme and causes suffocation. The bacteria will be killed within minutes and without any effect on the surrounding tissue cells.

How colloidal silver works against fungus

A fungus is a series of single cells with small tubes of cell wall material extending between the cells. Fungus still has the property of any single-celled bacterium – with an oxygen-stabilizing enzyme disturbed by the presence of colloidal silver. It only takes minutes to suffocate the attacking fungus.

Taking larger doses throughout the day, for several days, should interrupt the life cycle of the small, worm-like animals that dig through a certain bodily organ. These parasites multiply by laying eggs that have the same characteristics of oxygen-metabolizing enzyme as the primitive unicellular bacterium.

Without oxygen supply, these eggs cannot hatch, but instead die.

SOTA used a Hanna TDS meter. This measures “Total Dissolved Solids”, i.e. measures the amount of particles less than two microns, i.e. two micrometres, to measure PPM (parts per million silver). They later compared TDS with a PWT (Pure Water Tester) and discovered that TDS readings tend to be higher than the more accurate PWT. They labelled the PPM of the solutions and sent to the lab as 5 PPM and 6 PPM so these are the concentrations they use in their report. If measured more accurately, they suspect that the strength of ionic colloidal silver would be slightly lower. Laboratory analysis would have given a more accurate PPM reading.

The lab performed “Antimicrobial Effectiveness” tests. This determines whether the solution is an effective disinfectant for disinfecting pre-cleaned, non-porous surfaces in contact with food. To be considered “effective”, the solution must kill 99.99% of the pathogens within 30 seconds.

Colloidal Silver 10 PPM – 15 PPM marketed in Sweden is an excellent natural antibiotic without any side effects.

For wound healing, Ag+ bandages are used in Swedish healthcare, which can be cut to suitable sizes. These facilitate wound healing, and healing of more difficult wounds where you also want to fight bacteria etc.

Colloidal Silver is sold today as a water purification product and is used to get rid of fungus, bacteria, viruses and certain types of unicellular parasites.