As you sow, so you shall reap

Sandor A Markus Autobiography (Part 3 of 7)

Christ said: As you sow, so you shall reap, if not in this so in next life.

One cannot reap love if one has sown hatred. You can only reap the results of what you have sown earlier. Not even the followers of the teachings of Christ follow His message. The blind lead the blind. When man understands this in his innermost being, only then will man seriously start to become interested in life, and his role in the creation. Every person, regardless of social status or material affiliation is held accountable for own thoughts and actions, which they have for their neighbors, their surroundings. If one harms another human being, consciously or unconsciously, or is spreading falsehood, lies, then one will also get slandered and receive lies back.

The earth is a planet, among myriads of stars, planets in hyperspace where you reap the results of own thoughts and actions. Earth is a school for the inexperienced, ignorant, unconscious beings (Souls).

There are people on earth who belong to either elementary school, intermediate school or senior school from the consciousness point of view – just like a regular school. As long as we humans have failed our homework in elementary school, we cannot expect to be transferred to intermediate school. As long as we haven’t completed the intermediate consciousness level, we cannot be admitted to senior school. In this way we are different and understand differently much of the reality.

As long as we do not voluntarily want to change our attitude, behavior, thinking towards our neighbor, our surroundings, then we must take the consequences of our actions, either in this or the next life. These consequences are expressed through sufferings, diseases and misery of various kinds.

The more injustice you expose other people for through selfish purposes, the more you create problems for yourself.

Death is not a liberation from the suffering. It is only a recovery phase between this and the next life on earth.

Between our earthly lives, we stay in the parallel world, in one of the subtle, astral regions in the first cosmic plane, where we confront and partake what we have sown, done on earth, and then we return to earth and pay our debts to those we owe. Thus, neither justice nor injustice prevails. We just reap the fruits of what we have sown in our previous earthly life. In this way we develop and acquire new experiences. The prerequisite is that we do not get stuck and repeat the same mistakes in every life.

Christ said to the prostitute woman that the church wanted to stone: “Rise and sin no more”. “He who is without sin may cast the first stone”. This can be good to keep in mind when we accuse others and each other for the same mistakes that we have done ourselves.

There is a difference between criticizing and stating.

When we criticize someone, then we put lower qualitative emotions behind our thought.

There is a proverb saying: While the lie has reached Baghdad (Iraq), the truth is still looking for his sandals.

To get to know a human being, you have to cover the same number of steps on his moccasin that he has done himself.

When we observe or state instead of criticizing, then we do not put negative emotions behind our thought.

There never was a Jesus (Yeshu) figure nailed to a wooden cross that has been able to take on the human suffering on earth and taken away from them the responsibility that we owe each other.

The crucifixion of Jesus is primarily a symbolic act of the Soul, Primary Atom (the Son Principle), the separation and transformation of the Soul Atom from its virtual, implicit (unmanifested) state (Father’s House), First Source, Central Universe, Sach Kand to the domain of the explicit (manifested) state, the Mind World, Kal Purush, Lucifer, Jehovah, Brahmans, Allah, material world.

The crucifixion is in fact the separation of the unmanifested Soul Atom, Soul from the Original Source and its appearance in the Second Source, the Mind World, as manifested form. 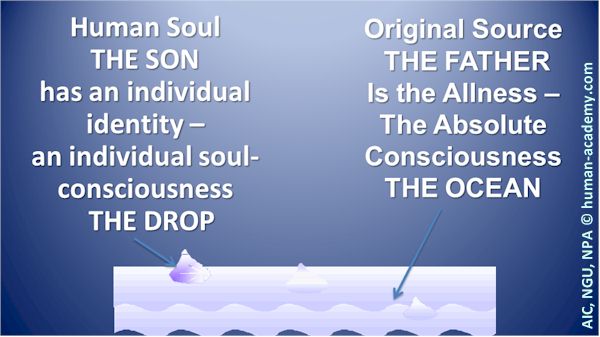 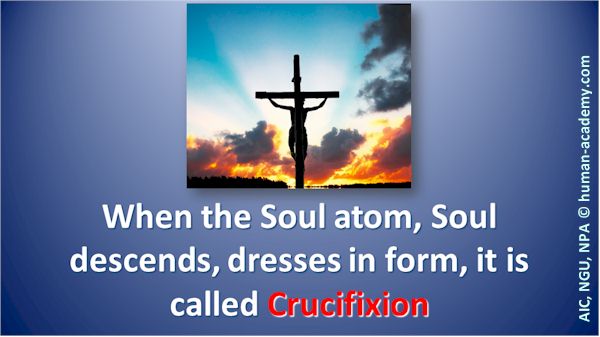 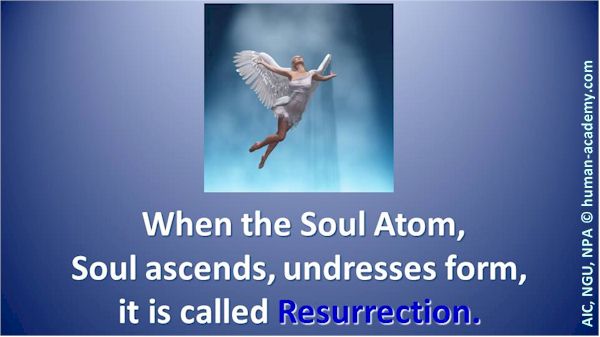 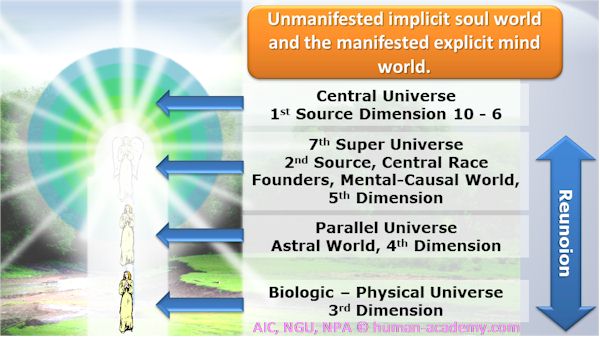 JESUS is the symbol of the INDIVIDUAL SEED ATOM, SOUL, SOUL ATOM, SON PRINCIPLE (drop of the energy ocean).

THE HOLY SPIRIT is the symbol of the down-transformation of the SOUL ATOM, SOUL, its union with the Mind Power, donning in form, matter.

The Father (Original Source), the Son (the drop, the Soul Atom) and the Mind Matter (form) altogether constitute the EQUILATERAL CROSS, which was the ancient Christian symbol of the ESSÈEANS. The same symbol is found at some primitive peoples, or in some extraterrestrial spaceships.

John the Baptist was the master teacher who prepared the way for the return of the coming World Teacher.

He said: He who comes after me will baptize in fire and not in water.

He knew that the coming Unifier – World Teacher will baptize “initiate” man in the Sun Sign, to a higher qualitative consciousness, above the lower qualitative emotional thinking, desire and faith that still dominate the major part of the human race on earth.

Religion in its original form is a cosmic law.

This law has been misinterpreted, distorted due to man’s limited consciousness, ignorance, power interests and need for control.

During the current era i.e. the Age of Aquarius, the earthly human common sense thinking “intuitive knowing” will be dominant over faith and conceptions.

Faith and knowing must be integrated, united.

Only blind faith without knowledge and experience cannot guide people out of darkness, to a higher cosmic consciousness.

The heart (feeling) and brain (consciousness) must be in harmony (resonance) in order for man to make the right decisions and act in unity with the cosmos, the law of the universe.