Our world is betrayed

The article is modified from https://spielbrot.wordpress.com/2015/11/24/var-kidnappade-varld/

It’s not politicians or presidents who control the world. They are as much victims as you and I and the rest of the people of Earth. They are blinded by the message that economy and consumption are the solution to all problems. It is the economy that controls the world – however, not your or my economy, but a much larger, much more powerful and non-public economy.

It is an economy that controls the world’s most important assets such as oil, coal and gas. It is a power that starts war, disrupts governments and does what it takes to secure fuel to the only one economy that controls the world – the black oil is the blood of this organism. It is an organism that consists of a number of energy cartels. It is here, among other things, you find many of the 1 % of the population who owns as much as the remaining 99 % together. This “elite” is disrespectful, lacks moral, empathy and long-term thinking, and completely doesn’t care if people are starving and that the climate change caused by fossil fuels will change the planet forever. They selfishly dig ours’ and the future’s grave without consideration. They prevent, destroy and conceal all threatening technology that could change everything for the better and have been doing so for over 50 years. They have gaged politicians, authorities and the mass media. These are the real decision makers, but nobody knows who they really are.

If you think that Donald Trump, Angela Merkel, Emmanuel Macron, Pope Franciscus can change this at climate conferences or at G20 meetings, then you think wrong.

Not even these people know the truth – and they don’t know who decides.

Macron had never ever become the president of France if he hadn’t been launched and his election campaign hadn’t been funded by the Rothschild family, who controls the entire banking system in the world and the world economy.

Nobody ever can become the Prime Minister of a country or the President if the Rothschild family opposes it – and it is the same in Sweden.

The blind leads the blind.

All this we have described in the book “The Matrix Reality” (yet only in Swedish). The book can be ordered from the Amazon in the US and UK. It can also be purchased from the Matrix Innovation (www.matrixinnovation.se). 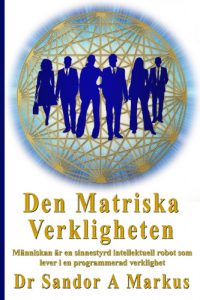 At the same time as economy has reached its ultimate limit and the consumer community begins to fall, rapid injustices, segregation and contradictions are rapidly rising, i.e. the lush mull from which terrorism grows and flourishes. Climate changes with drought, extreme weather drive crowds on the run. But what does it matter as long as the oil can feed the winning machinery of this secret club – as long as they can silence senators, presidents, scientists, governments and the people?

The money rules – not understanding, conscience, morality and ethics that our Academy, the AIC works for.

Those who can stop this insane inhuman development, Globalization, which means totalitarian dictatorship and the enslavement of the people of the earth, is Russia, China and the countries that will be part of the BRICS’s economic system.

You can watch the video from 2001, where Thomas Bearden, PhD, tells us how to extract endless amounts of so-called zero point energy (scalar energy) from magnetic fields in vacuum. He has together with his associates solved the problem that could make us free from oil and gas, coal and nuclear power. We could instead utilize the universe’s way of using energy flows.

Thomas Bearden, Konstantin Meyl and Mehran Tavakoli Keshe et al. were all stopped by the power’s Orion-influenced dark men, the “Men In Black”. These are the billionaires who control the energy cartels in the world.

In this video, he appeals to the research community and politicians to wake up and start the project.