Gnosticism is the Esoteric Christian Doctrine of the New Age

Gnosticism according to the CelesteMethod® is the original, undistorted knowledge, knowing about Christ’s “Esoteric” secret doctrine, which was never communicated, conveyed to humanity in its entirety.

The true Christianity, Sun Theology -Gnosticism is based on God-Realization through Self-Realization.

Knowing about the highest deity existed long before it became known during the first century. It was applied long before the Pharaoh Akhenaton in the 13th century BC announced that the SUN is THE HIGHEST DIVINITY in creation.

Without the power of the SUN, there would be no life anywhere in the universe, hyperspace.

Researchers and historians around the world have worked for decades with the theory that GOD was invented by the Pharaoh Akhenaton. This is consistent with the truth, although with some modification.

The Sun Theology was the first Christian doctrine in Egypt before it was distorted by the Amon Clergy.

The SUN is the highest source, the Supreme DEITY in our solar system.

The sun has always been seen by the Hopi Indians and the Incas as the “Source of Everything”. The moon, on the other hand, constitutes a mirror, reflector that reflects the solar energy.

The Supreme Deity, the Christ Power, constitutes the Central Sun’s, Central Universe’s inner (implicit) core. It is the source of all information that is encoded in every soul atom, including the human DNA-matrix.

Without this encoded information, form, matter would not exist.

The Gnosticism originates from the Sun Theology. The Gnosticism will during the New Age (Golden Age) constitute the true Christian doctrine, which has been distorted by a power prone Clergy that has made it into a belief, an idea of a “JESUS” as the savior of humanity.

This Jesus through the crucifixion is claimed to have taken on to atone for the sins of mankind. Such a Jesus has never existed anywhere else than in the imagination of the clergy and man.

The invisible, spiritual, virtual (hidden), imperceptible part of the reality extends from the fifth dimension to the tenth dimension and constitutes the “Absolute Consciousness,” the Christ Consciousness (Soul Consciousness), the Father’s Principle, the Neutral Energy, or the Scalar Wave Energy. 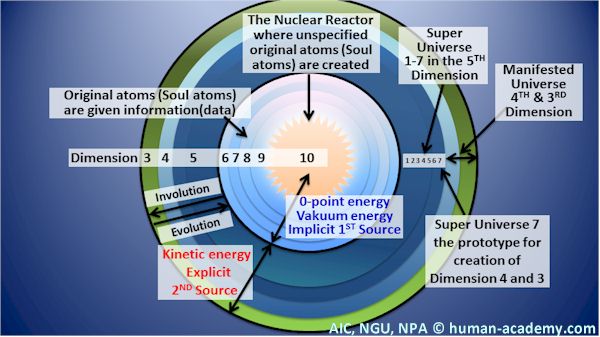 The implicit, unmanifested part of Creation. 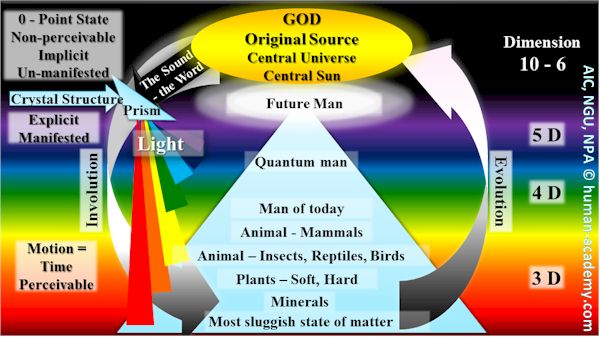 The explicit, manifested part of Creation.

The visible, perceptible part of the reality extends from the first dimension to the fifth dimension, forming the “Matrix“, the “Universal Consciousness“, the Buddha Consciousness (Mind Consciousness), the “Son”-principle, matter, form.

The Second Source Intelligence, KAL PURUSH, is the mind-related (explicit), “Universal Consciousness”, which includes the whole Mind World and all its forms, manifestations.

This secondary power in Gnosticism was called “Demiurge”, which means “Craftsman” – the Creator, Creative Power of Form, Matter.

* In Hinduism, this Creator or Creative Power is called “Brahma”.
* In Buddhism “Buddha”.
* In the Sikh philosophy “Kal Purush”.
* In Christianity “Lucifer”.
* In Islam “Allah”.
* In Judaism JHVH, Jave, (Jehovah).
* In Hopi “Konkachila”.
* In Inca “Virachocha”.

All these names are only different names of the Second Source Intelligence: The Creative Power, Creator of the Mind World, Matter, Form.

This Secondary Creative Power has hitherto dominated all life and development on earth. It is this power that humans worship through different religions and faiths.

Satan, the Devil constitutes the lowest quality of this secondary Mind Power, Mind Energy. Therefore, it is perceived by most people as evil, disharmony.

It is this negative destructive power that gives rise to all violence, suffering, separation and misery on earth.

The Gnostic Academy, which we represent through the “Nordic Pontificate” and the “International Academy for Total Human Culture” (AIC), is the first and only “Educational Institution” on Earth currently having access to the “Complete Life Science” that deals with the diverse nature and development of man and creation. Other educational institutions have no or only a limited part of this true knowledge.

This is why the “Light” will come from the Nordic countries, which seers for a long time have spoken about. But this does not mean that the Nordic people are more evolved than other peoples.

The Christ’s 2nd return is symbolized by the UNIFIER’s appearance in the Nordic region.

The Gnostic Academy of the First Christians of the Antioch Syrian Orthodox Patriarchate (Apostolically founded in Loja in Ecuador in 1968) has been approved by the Ecuadorian Government and been registered as a “Secret Order” in 1975, no. 1725. This Academy and Secret Order was registered in Stockholm, Sweden in 1989-09-15 as an NGO (Non-Governmental Organization) by the UNIFIER, Sandor A. Markus, under the name “L’Académie Internationale de Culture Humaine Intégrale” – The International Academy for Total Human Culture (AIC), Org. no. 802014-5309. 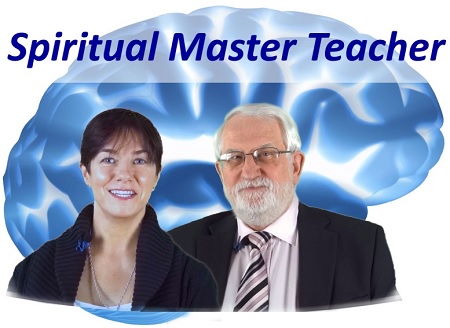 The Gnostic Doctrine is guarded by the ” Spiritual Master Teacher – UNIFIER” – Archbishop Sandor A. Markus and Ann-Sofie Hammarbäck – whose role is to lead people into the New Age through the “International Academy for Total Human Culture” (AIC); lead those who from an Ethical – Moral and Consciousness point of view are ready (mature) to enter into a higher qualitative spiritual consciousness, the Pleiadian society system, which will characterize the New Age Civilization, the 5th in order.

The Gnostic (Original Christian) Academy has nothing to do with the same belief and notion that distinguish the reality of the Catholic and Lutheran Church. The teachings of these two churches are based on an idea of a “Jesus figure” that was nailed to a wooden cross and through this took on the sins of man (the whole world). These two churches have so far been ruled by a power prone, egoistic clergy under false identity whose teachings and beliefs are based on idolatry and not on spirituality and God-Realization through Self-Realization, which Christ’s esoteric (inner) teachings, the sun theology – Gnosticism has advocated.

Religion is a lower qualitative mind-related (exoteric) knowledge, knowing. It is based solely on belief, imagination, speculation about reality – a belief, idea of a God power that is not currently anchored within man.

Man worships a God beyond himself.

How can we seek or worship God outside of ourselves – in temple buildings, in synagogues, in mosques, in pagodas, when God is within us. Here we must seek God. God is man’s “higher Self“, the highest spiritual potential, the Christ Consciousness, Soul Consciousness.

The Mind Consciousness, the intellect has nothing to do with divinity, spirituality.

The intellect is a projection of the mind power, the material power, “Moon energy“, which from a qualitative point of view is not the same power as the “Solar Energy“.

The moon energy is a projection of the solar energy.

Religion is nothing but an intellectual interpretation, imagination about spirituality, soul consciousness.

It is easier to understand what “spirituality” means if we understand that a spiritual individual would neither consciously or unconsciously harm or violate nature or his fellow human beings. To a spiritual person, life is holy, inviolable. You cannot say the same about a mind influenced, mind controlled religious person.

Therefore, all religions are sorted under the influence of the mind power, Lucifer power, which happens consciously or unconsciously.

If the Roman Catholic Church, like the Lutheran Church, would have lived according to the message of God, Christ, both in words and in action, then it would have been peace and harmony on earth. Then there would be no criminality, dictatorship or military power on earth. Then animals and people would walk side by side without fear or of being killed or injured.

The society we live in and work in today consists of fear, anxiety, stress and suffering of various kinds. This world is ruled exclusively by Satan, the Devil, and not by any divine power “Jesus” or “Christ” which the people and churches constantly claim.

The devil’s best trick is to convince you that he does not exist.

The Nordic Pontificate (NPA) is the first and only educational institution on earth, which through its teachings works to higher the consciousness in man until he unites with his soul’s (spiritual) identity. This leads to emancipation from various kinds of bondage, sufferings and problems of various kinds.

Therefore, the Christian Church must be reformed if it wants to be the true Messenger of God on earth.

The teaching that is conveyed by both the Catholic and Lutheran Church is predominantly based on an outdated paradigm and on misinterpretation of the true reality. This misinterpretation cannot lead man into the communion, harmony with the New Age, which is a necessity for the survival of the earthly civilization and its continued development on earth.

The Swedish Church has so far refused to be reformed, which means that it chooses stagnation above development, evolvement.

But the people don’t have to choose the same path.

In the next article you can read about what the Gnostic Church, the Gnostic Academy offers all its members.