The World Teacher is here! 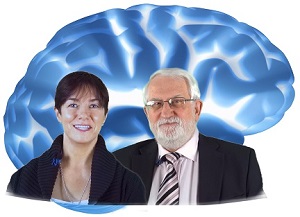 The “Spiritual Master Teacher – Unifier” (Saint Germain) is initiating the new era to those who are to survive the endeavors that are now waiting. Massive changes are imminent for earth, for all countries and communities where man’s inner nature and nature revolt which gives man the choice – to work on his emancipation or perish in what is to come. The World Teacher is here to advice and guide countries, communities and individuals. (2014-02-26)

The interpretation of John’s Revelation, authored by Elisabeth Ståhlgren (leader of the Holy Grail order during the 1950 -1970s), published by the Reform publishing house in Stockholm, Sweden, in 1968, we read the following.

”The man on the white horse, he who comes as a conqueror, is the man from the North, about whom seers have been telling about for a long time. He will come to introduce the new age to the people of Earth. He is a being belonging to higher worlds, but with experience from the struggles and strife of the lower realm, in which he is an active participant himself. His mantle is soaked with the blood of the enemy, and the enemy is Lucifer (Satan), who took abode in the body of the beast. Thus he is one with mankind, its victorious part.”

Sandor A Markus has been prepared for this task for a long period of time and is here to help those who heed the summons.

Sandor A Markus, Archbishop of the First Gnostic Christians of Antioch Syrian Orthodox Church for all the Scandinavian Countries and the Baltic States, President of the Northern Pontifical Academy and founder and protector of L’ Académie Internationale de Culture Humaine Integrale AIC, i.e. The International Academy for Total Human Culture.

Share
Previous Save the World!
Next Save the Civilization from its Destruction